ДРУЗЬЯ!
Наконец у нас оказался первый перевод фрагмента текста общественной экологической экспертизы. ПОЛЬЗУЙТЕСЬ ИМ для рассылок в международные организации. Важно указывать в письме, что это только фрагмент 119-страничного научного заключения независимой экологической экспертизы
Мы БУдем благодарНЫ за перевод друГих фрагмЕнтов докУМеНТА!
6.1. Principal observations of unremovable type
Ecological commission identified the following shortcomings of the project and the contradictions of the proposals presented in it with the current legislation, which hinder the implementation of the planned activity, and by virtue of which the revision (processing) of project documentation without changing the main design solutions used is fundamentally impossible:
6.1.1 The existing road and railway infrastructure is not compatible with the
delivery of the volume of cargo declared in the project to the planned facility «Primorsky Project». A serious increase in the intensity of cargo transportation to the port of Primorsk is fraught with significant negative consequences for the transport system of the northern regions of the Leningrad Region, and also for territories adjacent to existing railway tracks, including the city of Primorsk. Thus, the implementation of the planned activity can lead to significant negative social and economic consequences. At the same time, the territorial planning documents in force on the date of preparation of this expert opinion do not provide for sufficient measures to create the necessary transport infrastructure by the deadline for completion of construction stated in the project.
(paragraph 5.2.2.1 of this conclusion)
6.1.4 The planned activity is highly likely to make a significant part of the water area protected by the Ramsar Convention of the protected area National natural complex reserve of the Berezovy Islands and the adjacent water areas are unsuitable (or less unsuitable) for the habitat of many species of birds (migration and moult sites, feeding, recreation, nesting), this will lead to a decrease in the number of many species of waterfowl and near-water birds, including protected ones 39 (paragraph 5.3.8 of this
conclusion).

6.1.2 The placement of the «Primorsky Project» on the territory under
consideration is illegal due to the excess of the background indicators of atmospheric air pollution of the relevant hygienic standards (paragraph 5.2.3.1 of this conclusion). This particular fact indicates that at present the project implementation area is at the limit of its ecological capacity in terms of the ability of the surrounding environment to withstand anthropogenic loads, and the increase in these loads as a result of the implementation
of the planned activities will inevitably lead to the degradation of the surrounding natural complexes and the loss of the recreational function of a significant part of the Karelian Isthmus.

6.1.3 The construction of an object on the territory under consideration will
inevitably lead to the complete destruction of local populations of some protected plant species, in particular, to the destruction of critical habitat and the local population having a high conservation status and the most vulnerable part of the Alisma wahlenbergii (It is listed in the Red Book of the Russian Federation [3-9] with the category of rarity status-1.
endangered, The Red List of the International Union for Conservation of Nature-IUCN with the VU –vulnerable status category [5-64] and the HELCOM Red list of Baltic Sea species in danger of becoming extinct with the VU – vulnerable status category [5-67].)

Thus, the construction of an object on the territory under consideration is impossible without violating environmental legislation (Article 60 of the Federal Law «On Environmental Protection» [1-9]).
6.1.5 In connection with the expansion and operation of the seaport port complex Primorsk (implementation of the planned activity) there is a significant threat of loss of the ornithocomplex of the islands of Rifovy and Syarkkyaluot (paragraphs 5.3.8, 5.3.9of this conclision).

6.1.6 The planned organization and functioning of the anchorage in the borders of the protected area National natural complex reserve of the Berezovy Islands in the winter-spring period, it contradicts the current legislation and, in combination with other external circumstances, will lead to the destruction of the critical habitat of the local small population of the Baltic ringed seal which poses a significant threat to the death
of this local population. (paragraphs 5.3.16, 5.3.19 of this conclusion)
6.1.7 A significant increase in ship traffic, icebreaking operations, and the wiring of ships in the winter time in the area of the Baltic ringed seal pups is also an independent factor in connection with the implementation of the planned activities, which will entail the destruction of the critical habitat of the local small population of the Baltic ringed seal, which poses a significant threat to the death of this local population.
6.2. Main disposable remarks
The EC identified the following shortcomings of the project in terms of the
completeness and reliability of the information contained in it, which can be
eliminated by processing it.
6.2.1 Engineering surveys. Technical reports on the results of engineering-
environmental and engineering — geological surveys are incomplete and
unreliable. Taking into account the identified comments, the expert commission of the EC believes that there are signs of dishonesty in conducting these surveys.
The presented materials do not meet the goals of conducting such surveys,
contradict scientific sources and the results of a brief field study of the territory conducted by the EC, and cannot be used as a basis for assessing the impact on the environmental.
The Expert Commission of the EC identified the following main comments
on the engineering surveys carried out within the framework of the project under consideration:
6.2.1.1 Incomplete data on protected objects of the flora growing in the survey area are given, including the species under protection are not indicated, including the Alisma wahlenbergii endemic to the Baltic Sea, having a high protective status both in the Russian Federation and in the world, and currently preserved in the Gulf of Finland only
in its Russian sector. (paragraph 4.1.1.1 of this conclusion).
6.2.1.2 Territories of increased ecological vulnerability in the area of research are not specified: habitats of protected plant species — the Alisma wahlenbergii, Ísatis tinctória42 and Mnium hornum43 (paragraph 4.1.1.3 of this conclusion). For the chive (Allium)44 one
of the places of its growth is not indicated within the design territory (paragraph 4.1.1.2 of this conclusion).
6.2.1.3 Data on the population size of a protected species growing on the territory of the project are unreliable – the Myrica gale45 (paragraph 4.1.2.2 of this conclusion).
6.2.1.4 Unreliable data on the objects of the flora of the territory of the proposed
construction are given: the species that do not grow here and cannot grow here are
indicated (paragraph 4.1.2.1 of this conclusion), the information regarding the detected
populations of protected flora species is internally contradictory (paragraph 4.1.2.3 of
this conclusion).
6.2.1.5 The assessment of the fisheries significance of land-based watercourses in the
area of planned construction was carried out on the basis of unrepresentative data from
surveys conducted in 2020 in streams in which there was no water at the time of the
survey. As a result, the potential fishing value of terrestrial aquatores in the construction
area, including spawning grounds of the Brown trout (Salmo trutta)46 is not reflected.
(paragraph 4.1.1.6 of this conclusion).
6.2.1.6 The information provided in the materials of engineering surveys about the
research of ichthyofauna and their results are internally contradictory and therefore they can`t be considered reliable, which is especially critical in relation to the protected object
– the river eel (Anguilla Anguilla)47 (paragraph 4.1.2.4 of this conclusion). The project documentation does not contain references to research and literature sources, on the
basis of which the list of ichthyofauna of the design area given in the documentation was
compiled (paragraph 4.1.1.5 of this conclusion).
6.2.1.7 The conducted engineering surveys of ichthyofauna, ornithofauna and marine
mammals did not geographically cover most of the impact zone of the planned activity
and critical periods of the annual life cycle of animals – reproduction (the Baltic ringed
seal, Baltic grey seal48, ichthyofauna) and seasonal migrations (waterfowl and near-water
birds), including species listed in the Red Books of the Leningrad Region and the Russian
Federation (paragraphs 4.1.1.4, 4.1.1.7, 4.1.1.8 of this conclusion). Also in the section
«Forecast of adverse effects on environmental components and recommendations for
their prevention» of the technical report from conducting engineering and environmental
surveys there is no section dedicated to avifauna and marine mammals (paragraph
4.1.1.9 of this conclusion).
6.1.2.8 Engineering survey data on the distribution of marine mammals, including the
Baltic ringed seal, in the zone of influence of the projected object, they are unreliable due
to the incorrectness of the methods used, as well as due to the revealed contradictions of
scientific sources (paragraph 4.1.2.5 of this conclusion).
6.2.1.9 In the materials of engineering surveys, there is no information about the habitat
of a protected species of herpetofauna in the surveyed territory – the grass snake (Natrix
natrix)49 (paragraph 4.1.1.10 of this conclusion).
6.2.1.10 The materials of engineering and environmental surveys for specially protected
areas do not contain a preliminary forecast of the impact of the planned activity on
National natural complex reserve of the Berezovy Islands, which falls within the zone of
influence of the activity under consideration (paragraph 4.1.1.11 of this conclusion).
6.2.1.11 When conducting engineering and environmental surveys, the chemical
composition of underground waters of the design area was not investigated (paragraph
4.1.1.12 of this conclusion). Incorrect hydrogeological stratification of quaternary sediments led to the fact that the chemical composition of all aquifers common in the territory under consideration was not characterized within the framework of engineering and environmental surveys. The water capacity of the tested thickness of the watered quaternary deposits is determined incorrectly (paragraph 4.1.2.6 of this conclusion).
Source: vk: protivporta 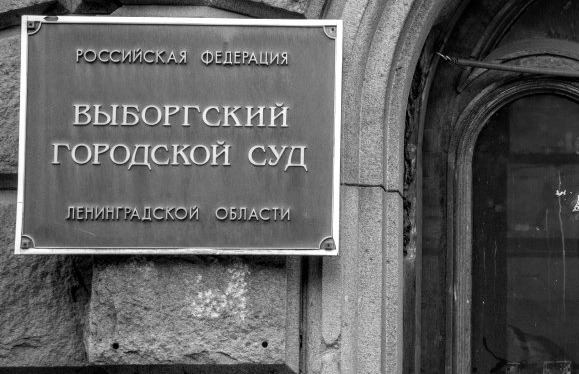 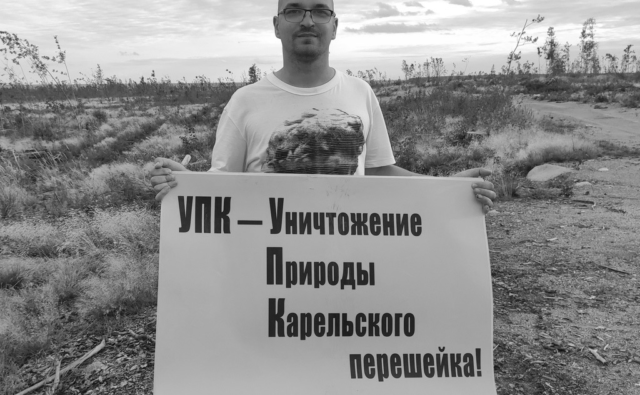 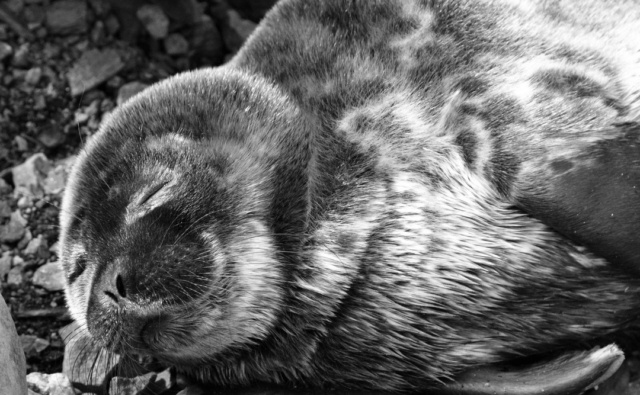